My husband grew up in San Antonio, but now we live pretty far away so he has his favorite restaurants that we always have to go to when he gets to come back home for a visit. One place that I had been hoping to get to try our last couple of trips was La Gloria, because I had only heard good things about it, including from Brian. He’s been there a few times, but I never had and it was on my list. So this time we managed a visit!

La Gloria describes itself as a Mexican street food restaurant which makes it unique from other Mexican restaurants. La Gloria is    located in the Pearl Brewery neighborhood, an urban redevelopment of an old brewing factory, and as a result the restaurant has a very trendy, but Mexican vibe. (Note, there is also a smaller version of La Gloria in the San Antonio airport). The restaurant has both indoor and outdoor seating which lets you enjoy the San Antonio weather or to escape from the heat, whichever you need to do. It was a very warm day so we opted for an inside table and had a very short 10 minute wait at 6:30pm on a Friday night in August. While we waited for a table, the restaurant has quite a bit of seating in an outdoor patio area decorated with some unique large sculptures.

After being shown to our table, I had two immediate reactions. First, although we sat indoors, the restaurant was still quite warm due to the constant traffic back and forth between the indoor area and the outdoor seating. We tolerated the heat, but it was a bit uncomfortable. Second, the menu at La Gloria is a bit difficult to understand. I’m a huge fan of Mexican food and have a pretty good grasp on the Spanish language, but a good portion of the menu was very confusing to me. I suppose this is because Mexican Street food is quite a bit different from regular Mexican food? Anyways, I asked the waitress for assistance and still felt quite confused, so I will attempt to clarify what I now know based on my experience. (If anyone from La Gloria reads this review, I would like to recommend creating a menu with pictures!). I also wish they would have spelled out the fountain soda choices on menu, because I might have tried one if I had known what the options were.

I was still confused at the time, but ultimately settled on a Mexican pizza with shredded chicken. Brian ordered a lava bowl with steak chili (later learned this is called the Arrachera en Adobo) which is his favorite thing from the restaurant, and my mother-in-law selected a panucho with pork (not pictured). At this point and time, I think the only difference between the panucho and a tostada is the very bottom layer. My understanding is that a tostada has a essentially a flat hard taco shell on the bottom layer. A panucho has a refried tortilla stuffed with black beans inside. Both are served with the same types of toppings and look the same from above. The only difference between a mexican pizza and a tostada is the size and the price. Mine arrived big enough to share. If I could go back in time, I would’ve just ordered a tostada so that less went to waste.

Overall, I thought that the food was pretty good, but not necessarily great. I probably wouldn’t order the Mexican pizza again, but would want to try different options. I thought the tortilla for the bottom layer was really hard. On the other hand, my husband loved his dish and he orders the same thing every time. Most, I’m still frustrated with the way the menu is presented. If the menu was easier to read (with pictures or descriptions), I might have tried a couple of different smaller plates to share. However, at the time, I just felt so lost, I picked one thing that ended up being way too much food and felt like I overpaid. I also thought it was a bit odd that my husband had to pay for extra tortillas when he took half of his chili home in a to-go box. If you are ever in the San Antonio area, I do recommend trying La Gloria. If you’re in doubt, you could always be more insistent than I am about asking for help. I liked the restaurant, and saw quite a few dishes on other tables that looked delicious and would love to try. I’m just going to have to persevere through the menu until I find my favorite dish! 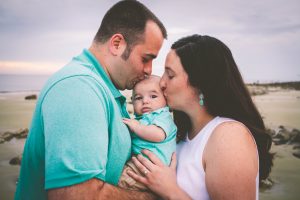