All along, we always said that we couldn’t wait to take our kids with us on our travels. Just this past January we were so excited to go on our very 1st cruise as a family of three! And besides it being Jackson’s first cruise, it was also my sister and my nephew Owen’s first cruise as well. So we had a bunch of first-timers who were all really excited to go on the big ship!

Below are our favorite pictures from our trip and the stories behind them!

Before we could get on our cruise ship, first we had to fly from Washington DC to Houston. Jackson did great on the plane. I just love this picture of his tiny hands as he looks out the window.

I just love this picture which was taken right before we boarded the Carnival Vista in Galveston. Jackson putting his hand out to Owen and then the look on his face is so cute and funny! I wish I knew what he was thinking! And then the look on my dad’s face is hilarious! 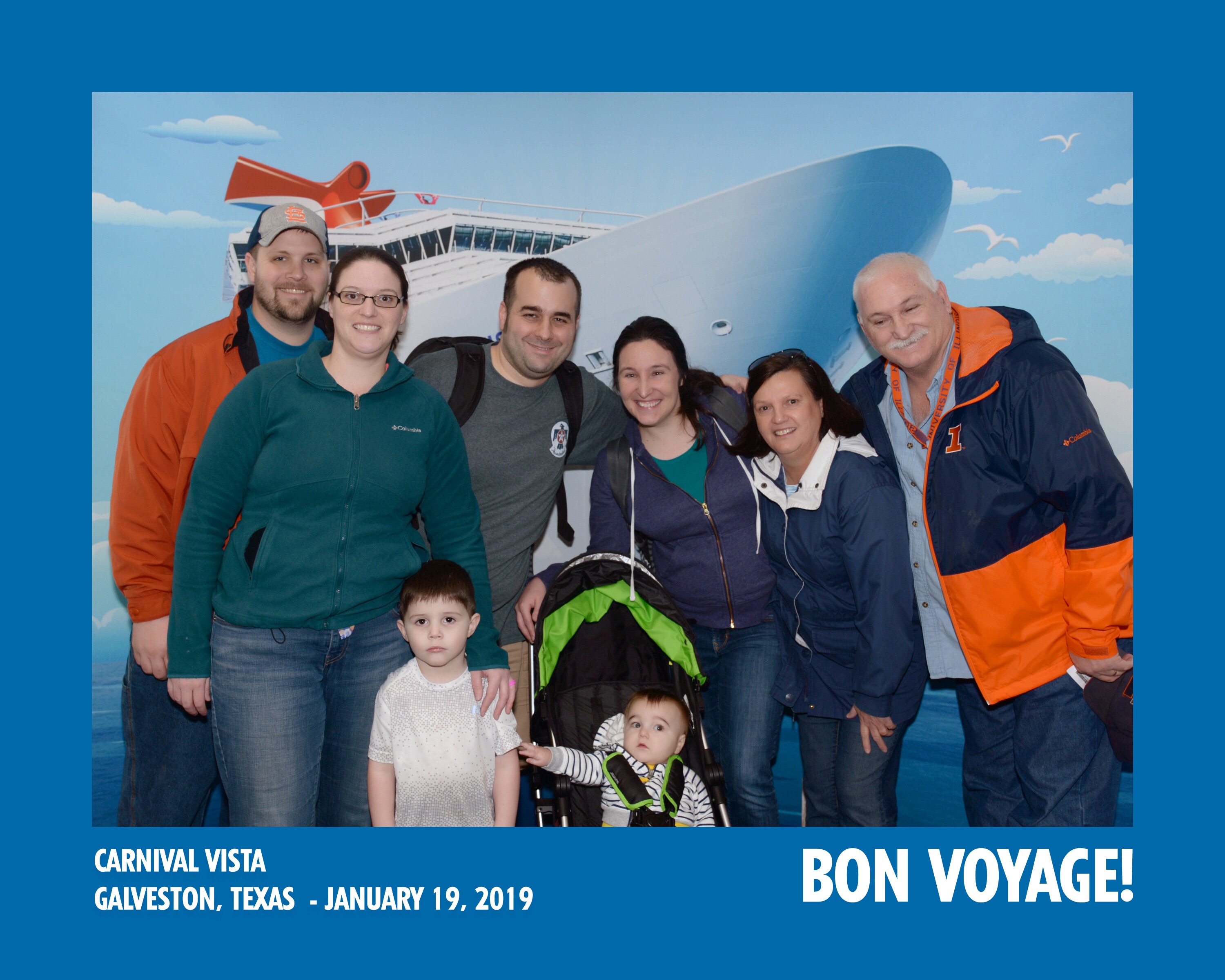 After one and a half sea days we arrived at the Costa Maya cruise port! For Costa Maya we elected not to do a shore excursion and instead just decided to visit the free pool in the port. Sadly the Polar Vortex was affecting North America and so it was a bit chilly. Not nearly as chilly as the US, but still a bit cool for Mexico. After a really quick dip (JD only got his toes wet) we wandered around the port and saw the dolphins and flamingos. Then we picked up some tacos from an awesome taco shop on the back side of port shopping area and Jackson took a nap. It was a really nice relaxing afternoon.

Jackson had been running a fever since the 1st day that we boarded the ship. Finally on day three he broke out in a rash which prompted us to take him to the ship’s medical center. He was diagnosed with Fifth’s Disease and quarantined for 24 hours which meant that Brian and I missed our excursion in Roatan, Honduras. The rest of our group went on the excursion and came back with some great pictures of their adventure!

I especially love the silly picture of Owen with his coconut. Since he started preschool he’s been coming home with coconuts (acorns) in his pocket, he was so excited to see what a real coconut looked like!

Brian is the only one who ventured off on an excursion in Belize. He wanted to go cave tubing and ziplining which I had already done a few years earlier. He came back with several good pictures including one of the Belize sign that he took just for my blog (what an awesome husband!).

For Cozumel, we skipped the shore excursion and instead took a taxi to Paradise Beach for our own relaxing day. It was absolutely heavenly!

I love these pictures from Paradise Beach. It was by far my favorite port of the trip. My beach baby was finally feeling better and so he got to dip his toes in the ocean and then he took a relaxing nap on a beach lounger which we stared at palm trees and the blue water. We had such a nice day. I highly recommend Paradise Beach to any cruisers.

Click here to read more about Paradise Beach and the Cozumel cruise port.

Once we booked our cruise, one of the main things on our to-do list was to take the boys to the Green Eggs and Ham Breakfast. This is a Carnival tradition as part of their Seuss at Sea activities for the kids. We also went to the Dr. Seuss parade and Horton’s story hour and had a blast. Honestly, I think the parents had just as much or more fun than the parents!

More Fun on the Ship!

We ended up having a great time on our trip. The Carnival Vista has so many activities including Mini-golf, trivia, Bingo, Build-a-Bear, Foosball, and more. These are just a few of my favorite pictures from around the ship!

All in all we had an awesome cruise on the Carnival Vista! We’re already talking about planning our next trip!

Click here for our guides to each of the cruise ports: 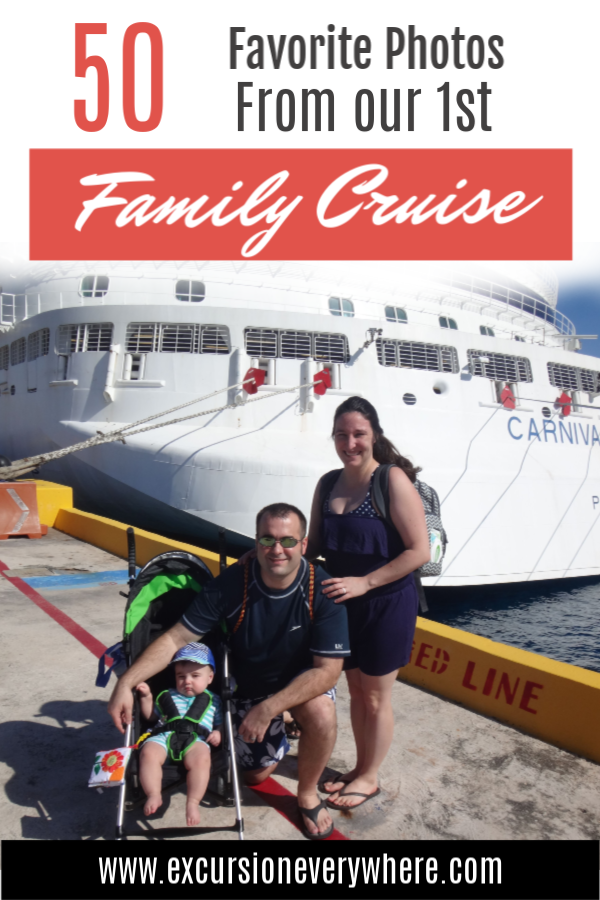